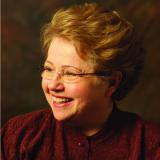 DR. MARIANNE LAFRANCE
(CV) (Personal Web Page)
Dr. LaFrance is interested in two broad domains—the psychology of gender and the role of nonverbal communication—as well as the intersection between these two.

She regards gender as a central psychological dynamic that includes but is not reducible to the study of sex differences. She considers gender to be more often a stimulus variable and examines when gender matters in sizing up other people; why males continue to be regarded as the standard against which all behavior is judged; how sexual minorities are construed and evaluated; and what the repercussions are for women of being stereotyped as emotional.

Dr. LaFrance is also interested in exploring the effects of being the target of seemingly innocuous gender prejudice. For example, she and colleagues have investigated how women react to hearing sexist jokes or being subtly sexual harassed in job interviews. They are currently  investigating the effects of having one’s sexuality or gender be judged or misjudged.

Nonverbal behaviors are also of special interest to Dr. LaFrance because they lie out-of-awareness and typically operate off-the-record, revealing information about an individual’s various states and attitudes, as well as operating to secure and unravel social relationships. 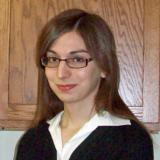 SARA BURKE is a PhD candidate in social psychology. She studies intergroup bias — stereotypes, prejudice, discrimination, and experiences of stigma. Specifically, her research focuses on variations in the way bias operates when it targets different groups, highlighting cases where addressing under-examined target groups reveals novel insights about bias that would otherwise have escaped notice. In one line of work, she examines how people think about social groups that they perceive as falling in between more readily acknowledged groups. Results suggest that many people perceive intermediate social categories (e.g., biracial, bisexual) as less “real” than other social categories (e.g., White, Black, Native American, heterosexual, gay/lesbian). In the case of bisexuality, this view is associated with negative attitudes. In another, related line of work, she examines perceptions of people with concealable stigmatized identities, including sexual minorities, transsexual people, and people with mental illnesses like depression. Many of these perceptions vary based on the gender of the target or the participant. For the most up-to-date information, please visit her website. 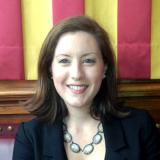 ANDREA VIAL is a third-year doctoral student. Her research focuses broadly on leveraging experimental methodologies to investigate how gender stereotypes and prejudice impact the lives of women. In particular, she is interested in understanding how gender stereotypes and expectations relate to ideas of power and status, and how they influence status conferral processes.  Most of her work has centered on how people react to feelings of power and powerlessness, revealing that high-power positions sometimes have different social identity implications for men and women. New lines of research focus on legitimacy-building and status conferral processes in groups led by women. Andrea works primarily with Professor Jaime Napier. She received her BA in psychology with a minor in sociology from Hunter College of the City University of New York. 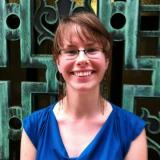 APRIL BAILEY is a first-year doctoral student. She is broadly interested in understanding and intervening in gender prejudices and stereotypes. Currently, she is focused on understanding the interplay between gender and nonverbal displays. Her work uses behavioral and electrophysiological measures to assess which cue is more meaningful to participants and in what contexts. She is also interested in alleged gender-neutral representations, including the psychological differences between genderless neutral representations – that are “gender-blind” – and gendered neutral representations – that explicitly include both men and women. She is interested in uncovering and understanding the potential implications of androcentrism to subtle forms of dehumanization. April works with Professors Jack Dovidio and Marianne LaFrance. She received her BA from Colgate University, majoring in both psychology and women’s studies.